Not alien to imposter syndrome, and unapologetically herself, Nedal believes creativity is something you can nurture. “I think our culture, creatively or at large, does perpetuate this idea of “you either have it or you don’t,” but adds “you can get better over time and it’s okay to admit that you haven’t been amazing since day one.” Our challenge is accepting that the seed of creativity can be watered, and it takes courage and time to grow.

Over the past decade, her creative mind has formed impactful pieces of work such as Grand Prix and Emmy-winner “The Talk”, as well as Chase’s “Mama Said Knock You Out” – a film exploring motherhood and strength which follows Serena Williams’ return to tennis.

Nedal’s passion for authenticity, and ability to spark cultural conversations through creativity, has won her 9 Lions in the past three years alone.

This is Nedal Ahmed. In progress. 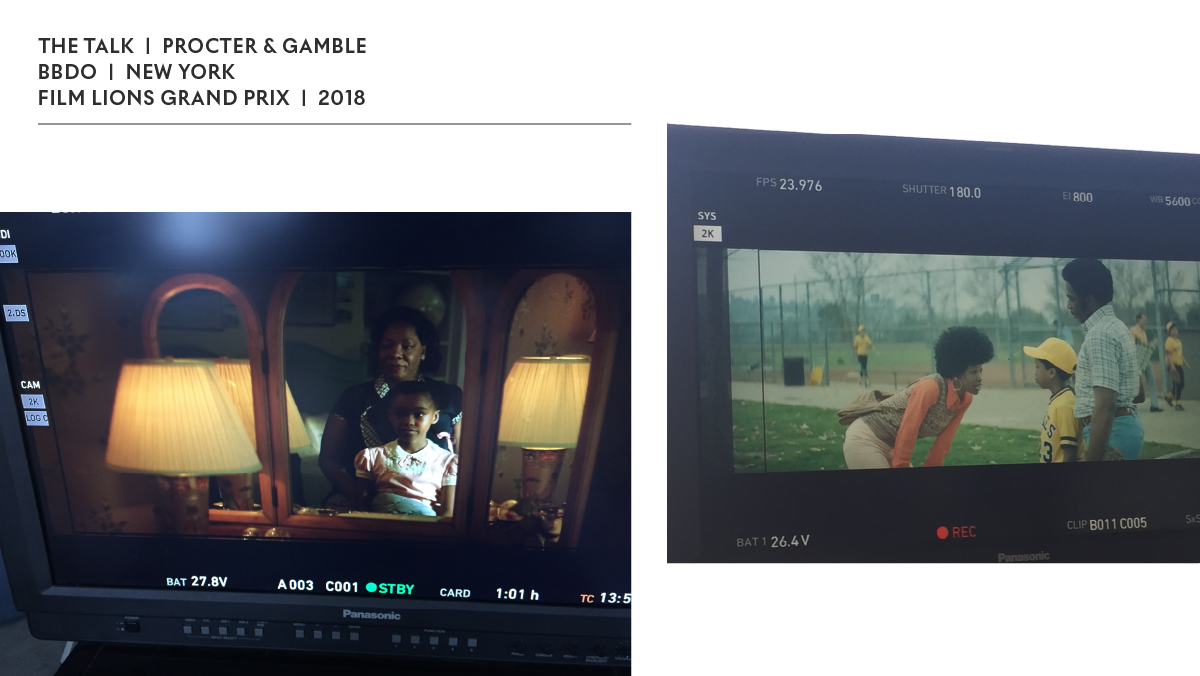 Nedal’s Grand Prix and Emmy-winning work opened up deep conversations on racial bias. Spanning several decades, the film features intimate moments of black parents preparing their sons and daughters for the difficulties they could face growing up black in the USA.

“The Talk” still remains a rite of passage for many black Americans. The hope is that by talking about “The Talk”, one day black families will no longer need to have “The Talk.”

“There’s a gamut of aggressions, from microaggressions to attacks on the black community, and it’s endangering people’s lives.”

The Olympics of Advertising 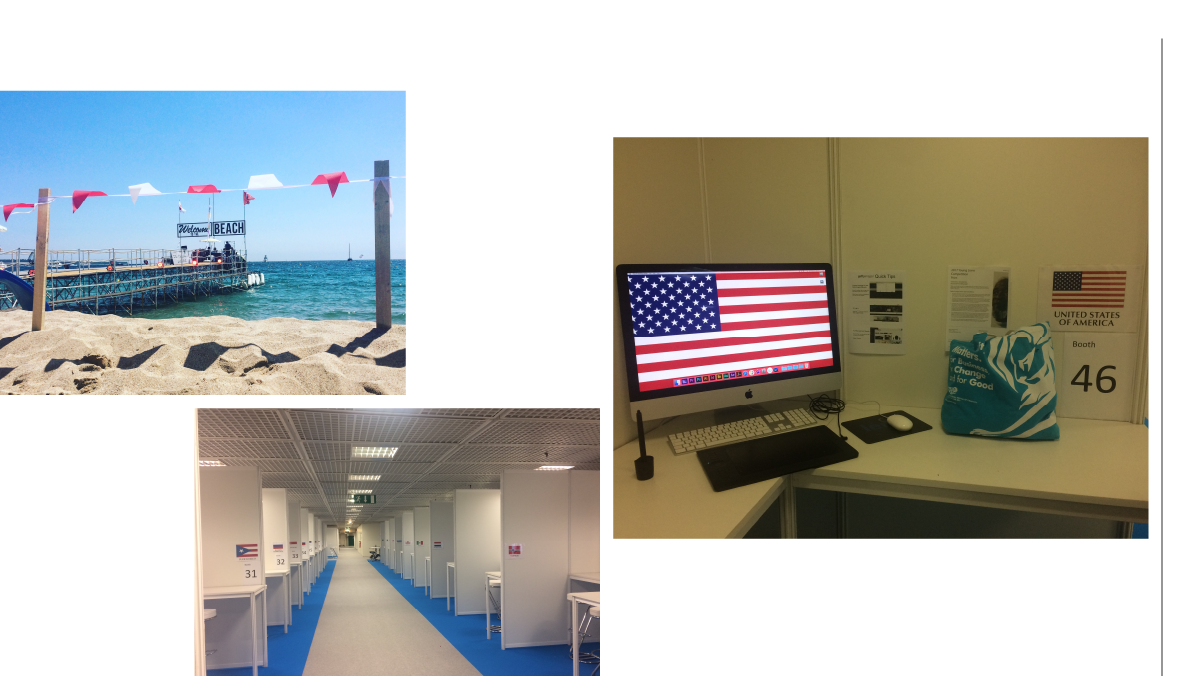 Winning a Lion was a motivating factor early in Nedal’s career. She and her partner became Young Lions after winning an award for a print submission on their second entry. “Pushing the line” of the under 30’s age limit – they submitted their work in what she calls the “Olympic style booths” and won Gold for the US.

The experience allowed their work to get noticed, jump-starting her journey to winning a Lion. 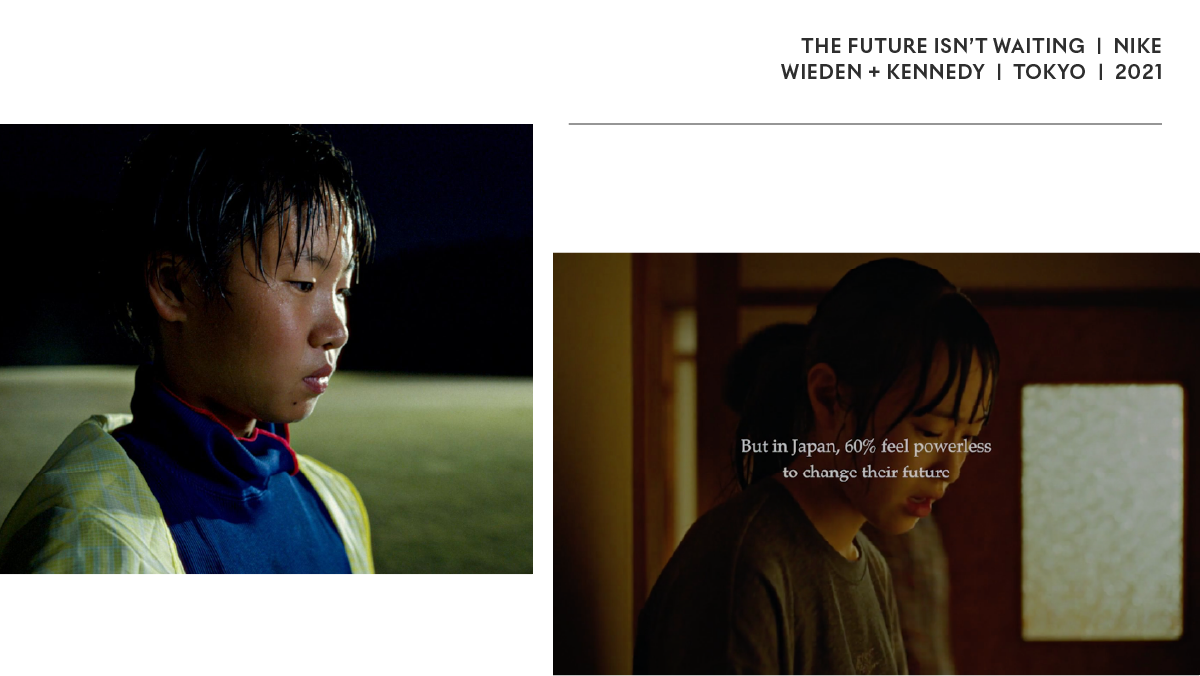 Wieden + Kennedy's "The Future Isn't Waiting" for Nike inspired young Japanese females to see sports as a powerful tool to create the world they want. Featuring 3 football-players of different ethnicities – the film explores how the power of sports can unite and empower a generation that doesn't yet realise its power or potential.

“You’re not just born with creativity, you have to nurture it.” 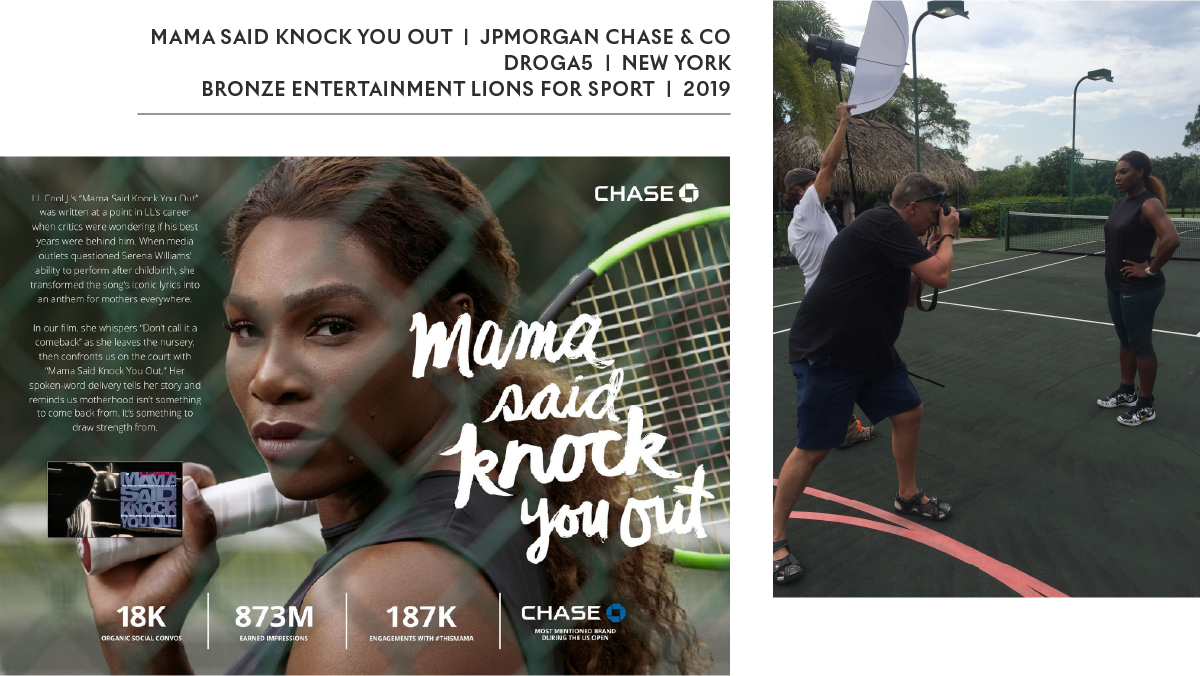 Celebrating strength and motherhood, Mama Said Knock You Out by Droga5 follows Serena Williams' return to tennis in 2018, after giving birth to her daughter Olympia.

The premise notes that mainstream media talks of a 'comeback' – but motherhood isn't something to "come back from". Combining a mother's lullaby with LL Cool J's iconic 1991 hit, the film depicts motherhood as a source of strength.

Serena embraced the campaign, and regularly used the hashtag #ThisMama on social media and mentioned it in US open interviews.

Nedal dove deep into the world of Williams, and wanted to give power and strength to women and parents going through the same.

“Mama Said Knock You Out made me realise how hard it is to be yourself in this industry.”

After winning multiple Lions, an Emmy for Outstanding Commercial, being named one of Forbes 30 Under 30 in advertising and marketing, and Ad Age’s Creative of the Year – Nadal has reached the time in her career where she’s able to sit “in the driver’s seat a bit more.” A place she’s incredibly grateful to be, even if that seat brings its own opportunities and challenges.

From this stepping stone, to the next one. “There are still thresholds for me to reach,” she says. Nadal wants to pass her knowledge and creativity to the next generation, exploring how she can mentor, grow, and develop her acumen.

If she could summarise the learnings from her 10+ years in the industry so far:

“Be yourself. You will get better”

All quotes from Nedal Ahmed

See Icaro Doria's Progress Through Creativity story, as well as insights and interviews with some of the world's leading creatives.